If you look at a map of Italy you will see that it’s shaped like a high-heeled boot. This week I’ve been in Lecce, an ancient city in the center of the heel. There was an organized society living here 4000 years before the Romans came. The Appian Way, the most famous Roman road, ended here. In the next 1000 years or so following the demise of Rome a highly successful agricultural economy based on olive oil and wine developed here with Lecce the financial capitol. Some of the merchants and financiers became extraordinarily wealthy. They built massive, ornate homes that continue to exist today. They financed the building of a great many baroque and rococo churches.

I’ve been wandering through a maze of narrow streets that wind around those palaces (palazzi in Italian) for several days, getting lost every time I venture out, feeling grateful that the historic district of the town is too small to become permanently lost in. Google maps led me home most days. Let me show you a bit of what I’ve been seeing:

This church is my landmark, the nearest one to where I’m staying. It’s dedicated to Saint Matthew. Inside and out it is beautiful

Here’s another example of an ornate church. The map I’ve been using lists 25 churches like this within the old town walls. My guess is that the town is about 1 mile on each side.

An early evening view of the street behind one of the most decorative palaces — in pink and white stripes and with a tower. 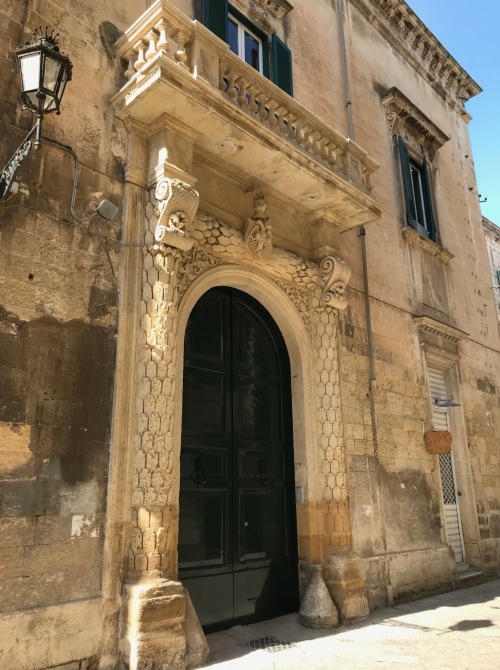 This doorway surround is typical of many found on the old palaces. Huge doors insured the privacy of the inhabitants.

This town is a mixture of ancient beauty and the 21st century ugliness. 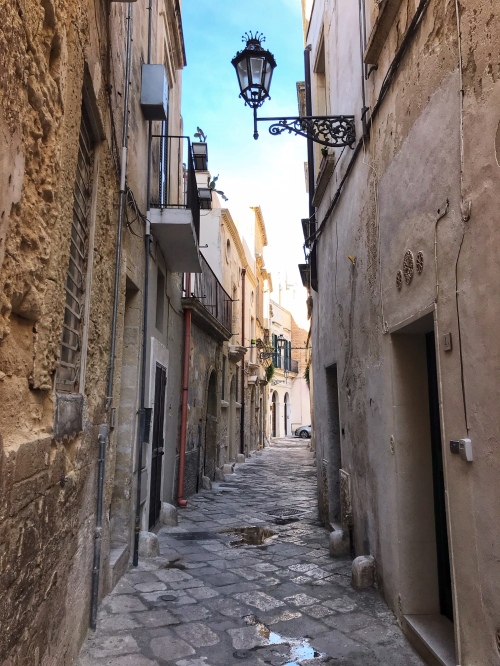 Here’s the street my tiny apartment is on. Too narrow for automobiles but ok for bikes. It’s quiet.

8 thoughts on “In the Heel of the Boot!”