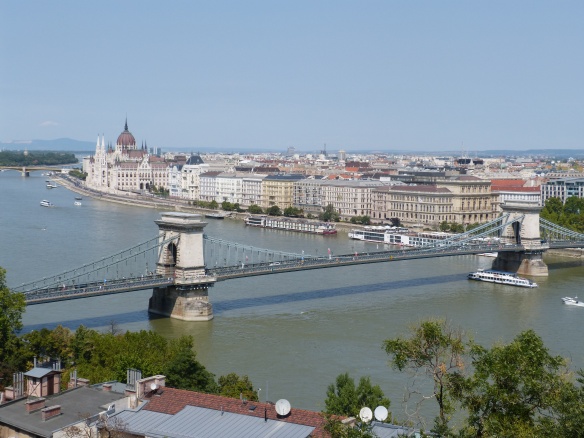 The streets of Budapest are lined with beautifully decorated buildings dating from the period of the Austro-Hungarian Empire (1867-1918) and much earlier. Government buildings and churches were extravagantly decorated. Along the major avenues large apartment buildings with carved exteriors stand proudly, continuing to be prime places to live. Following World War 2 the Soviet Union gained control of Hungary. As in many places in eastern Europe, the poverty of the Iron Curtain era protected beautiful old buildings from change or destruction. Today these countries proudly protect their architectural heritage.

The photo above shows the “Chain Bridge” — the first of today’s bridges to cross the Danube in Budapest. Behind it, along the water’s edge, the extraordinary Parliament building of Hungary is seen, the building with the dome. (Learn more about it here.)

Here are a few examples of the beautiful buildings that line the streets of Budapest. 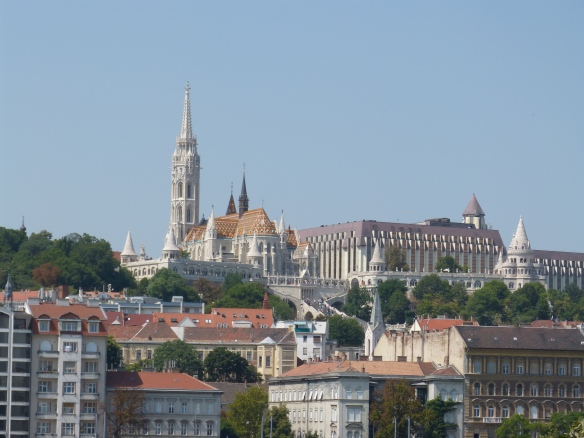 The castle hill above the Danube in Budapest. 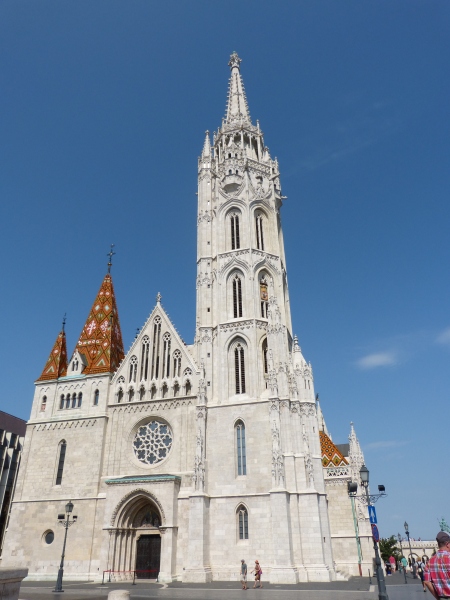 A closer view of the beautiful church on the castle hill. 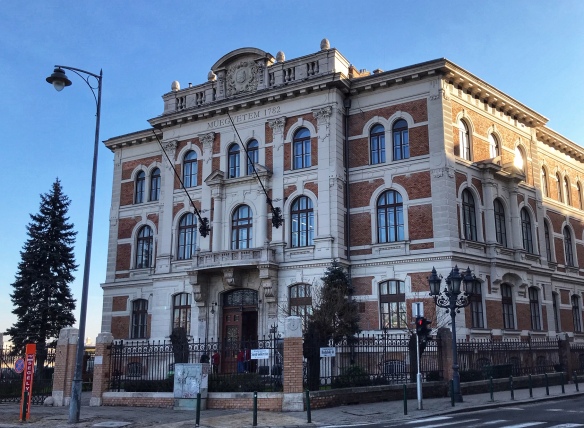 This building standing watch over the Danube is dated 1782. 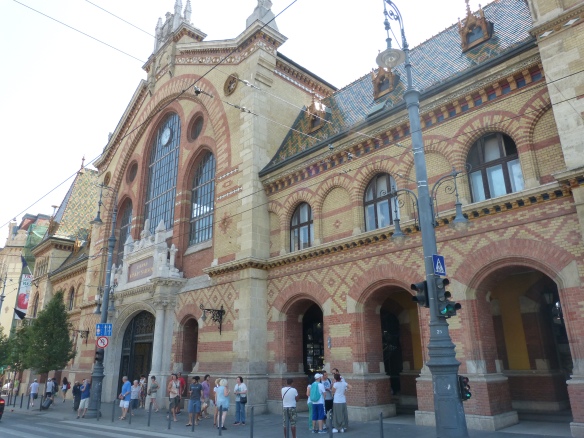 This building just across the Danube from the building shown above is the three-level market hall. 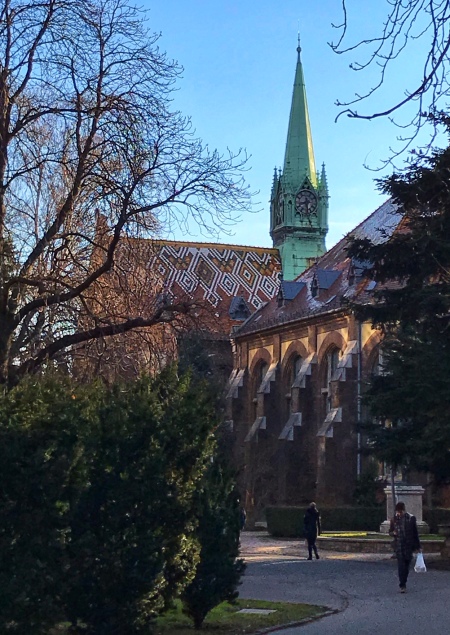 This is a view of the church on the campus of the Budapest University of Technology and Economics. It was founded as an engineering university in 1782, making it the oldest such college in Europe. 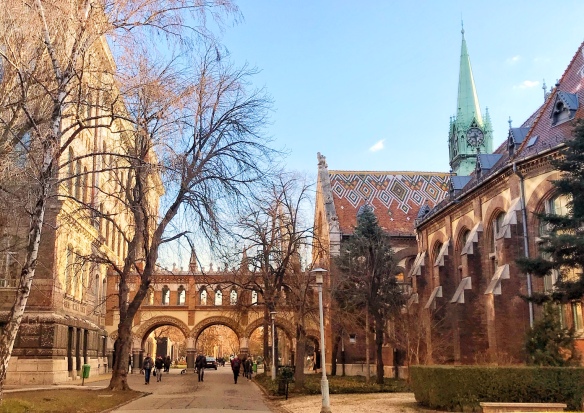 Another view of the campus and its church, plus the connecting bridge. It’s common in Austria and Hungary for churches to have patterned tile roofs. This one might be due for some upkeep.

1 thought on “Beautiful Buildings in Budapest”