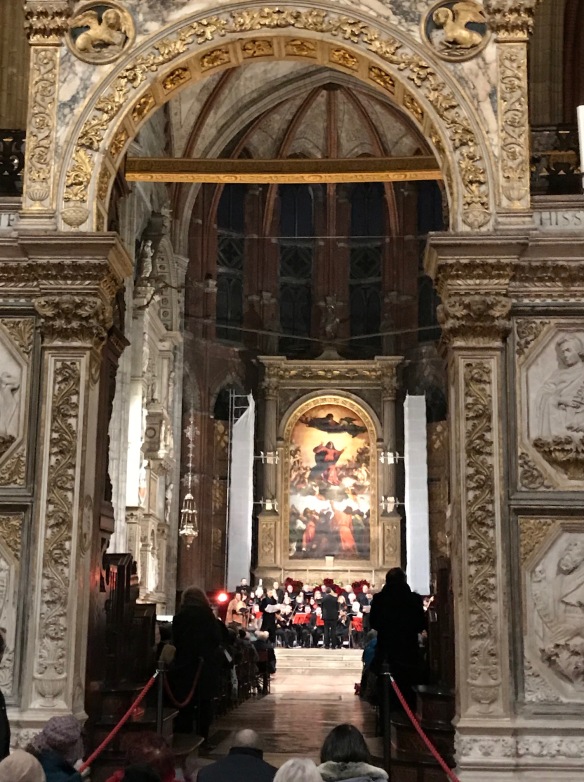 Buon Natale as I said to people who passed me on the street early this morning. I got a mixed bag of responses that led me to understand that people in Venice don’t do that!  The lady whose job is to sweep the streets was out working – she was delighted by my wish and responded with a long string of words I didn’t understand and a big smile. The reactions of men on the street varied from a startled look to a grunt to a buon giorno.

For the past week I’ve been searching for Christmas in Venice. This city is filled with churches, sometimes two or three in one block. St. Mark’s Basilica offered a number of times and languages for late night mass last night. Stores have displays ranging from a simple string of lights to extravagant, expensive window displays in the shops of world famous designers. But the old way of celebrating Christmas with one’s family with dinner and mass last night and small gifts and a Christmas lunch today seem to still be the way most Venetians celebrate Christianity’s day of joy.

The best thing I found in Venice at Christmas time was a concert in the only gothic church in Venice, Santa Maria Gloriosa dei Frari (shown above). A small orchestra, a choir of 30 or so, and five soloists performed some Bach and Mozart and Bing Crosby (yes, they sang “White Christmas.”)  It was lovely.

Here are a few photos of Venetian Christmas scenes. 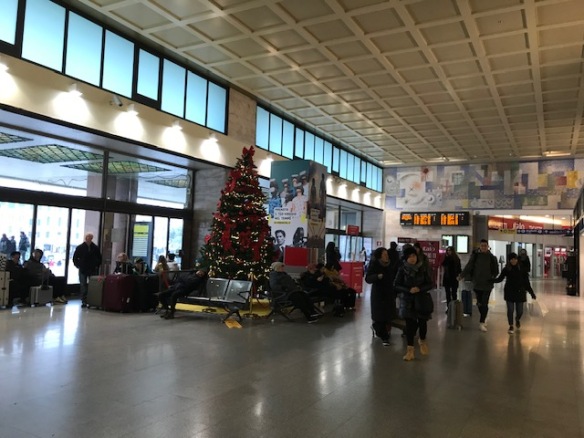 Agi and Blaine on the high water walkways outside St. Mark’s Basilica. 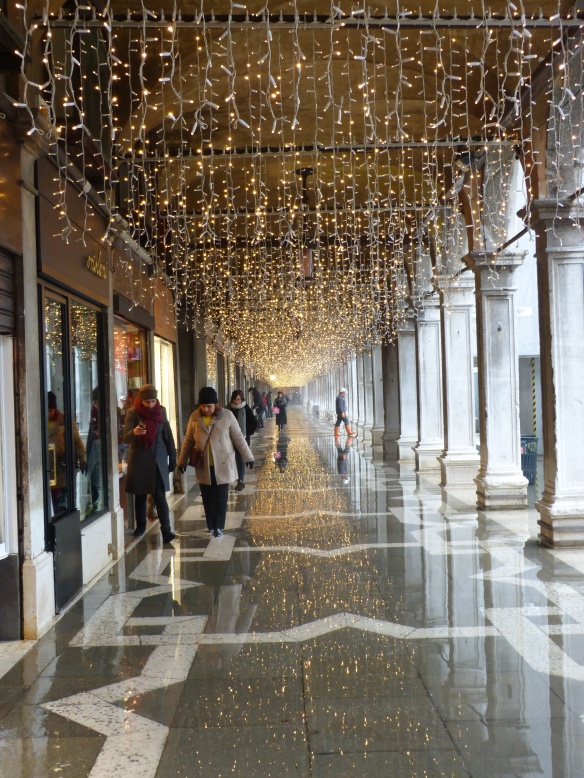 A little high water made a nice reflection outside the upscale shops near St. Marks. 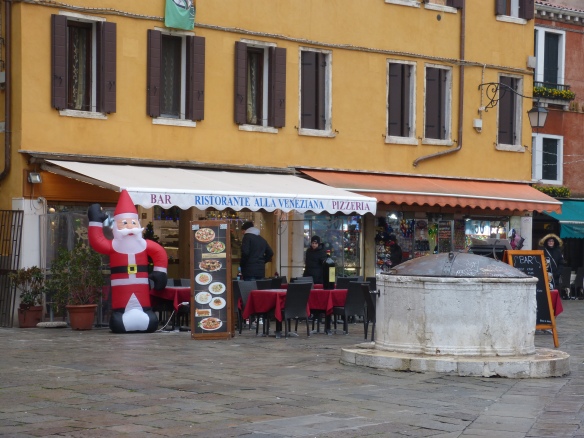 Somehow a Walmart Santa made its way to Venice, where it stands guard over an ancient well. 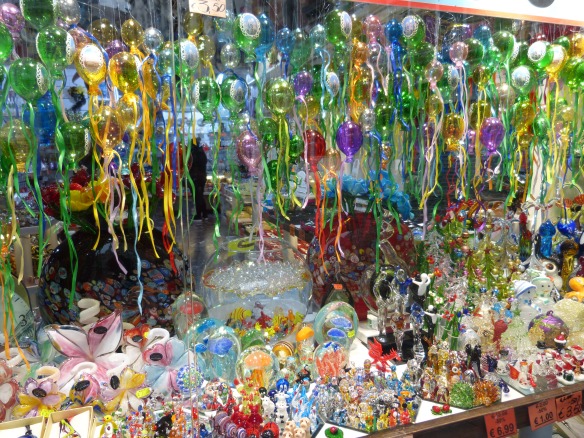