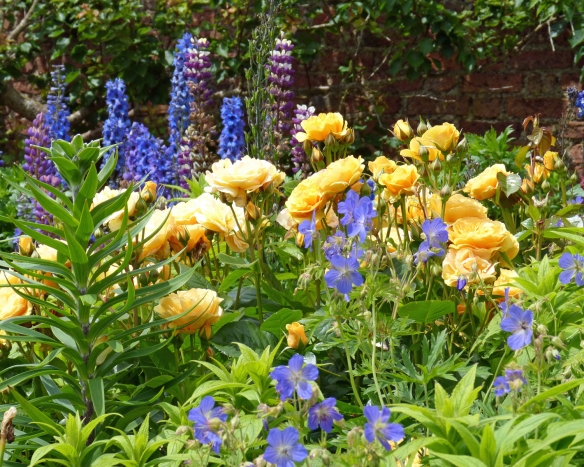 In the early 1800s the Colcoough family (pronounced Coke-Lee), residents of Tintern Abbey for centuries, created a large walled garden about a kilometer away from their home. Little remained but the brick walls and 30 giant Sitka spruce trees which had been growing for a couple of hundred years. In 2010 the Hook Tourism Council began recovering the garden. Today a magnificent garden delights visitors throughout the year. 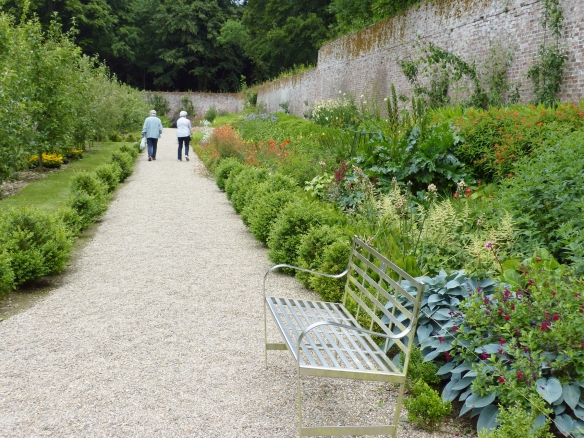 Led by professional horticulturalist Alan Ryan, a team comprised of staff and volunteers has made this 200-year-old garden spectacular. Divided by a brick wall, the front half of the garden has deep perennial borders on three sides. 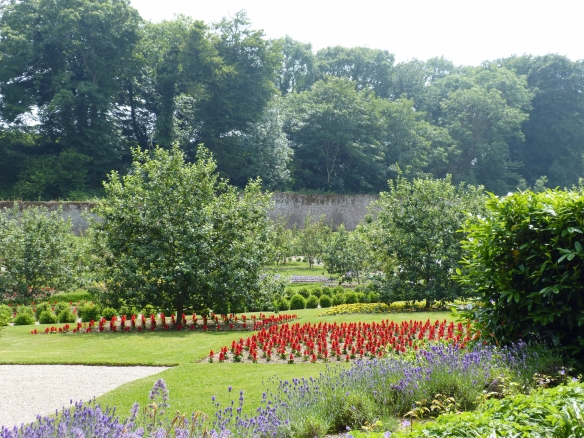 Recently historical surveys uncovered footprints of diamond-shaped flower beds in the center of the space which have been restored and filled with red, yellow and blue annuals. 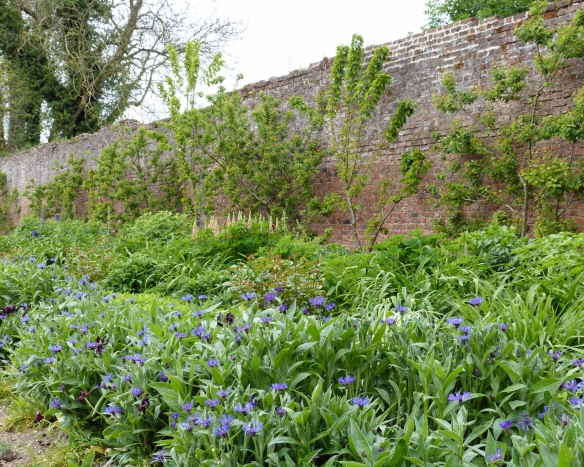 In 2016 I discovered this garden during a visit to the abbey in May. Although the weather was cool, many plants were large and blooming. 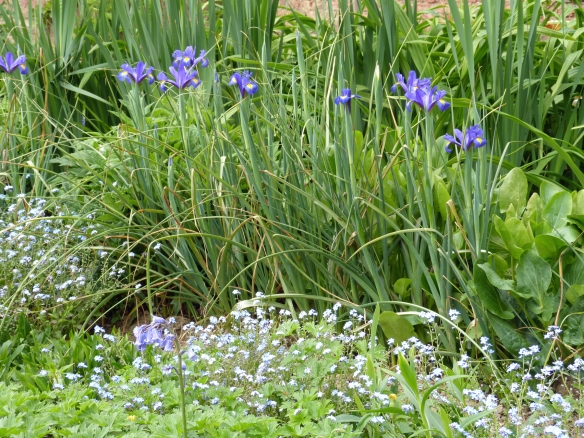 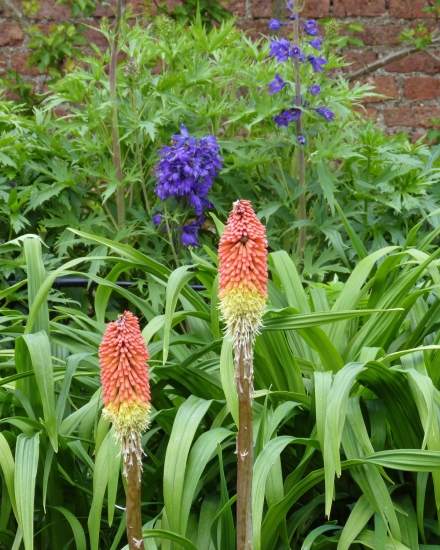 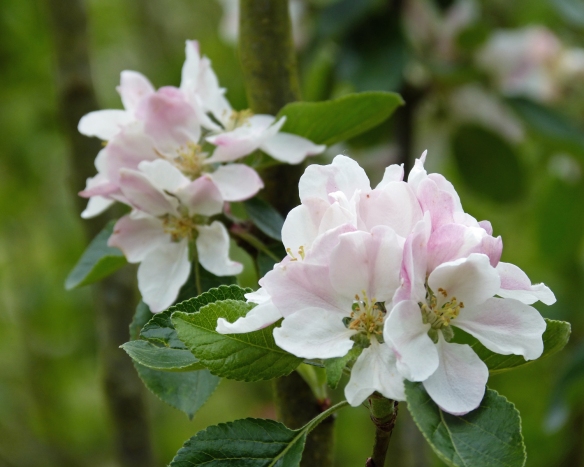 Apple trees and other fruit trees grow on or near the walls all around the garden. They were in bloom in May.

When I returned to the garden in early June this year I was really surprised by how advanced the plants were so early in Ireland’s cool summer. I asked what type of fertilizer was used.  Mr. Ryan explained that the garden is entirely organic, that the soil is very rich as a result of being abandoned for so long, and that now all dead plant material is left in the garden as mulch. He also pointed out that the brick garden walls soak up the heat of the sun and raise the temperature in the garden by several degrees. 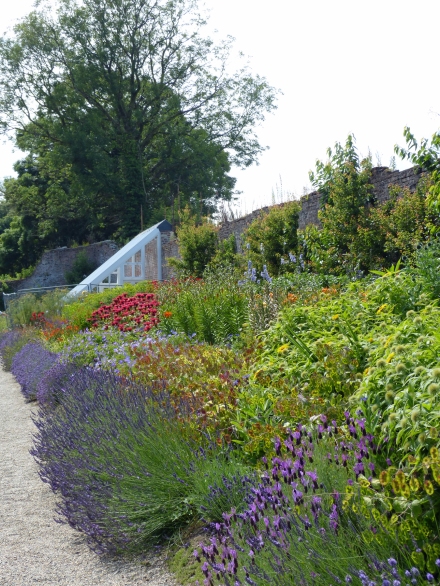 By mid-July the garden was in full bloom, bursting with color. 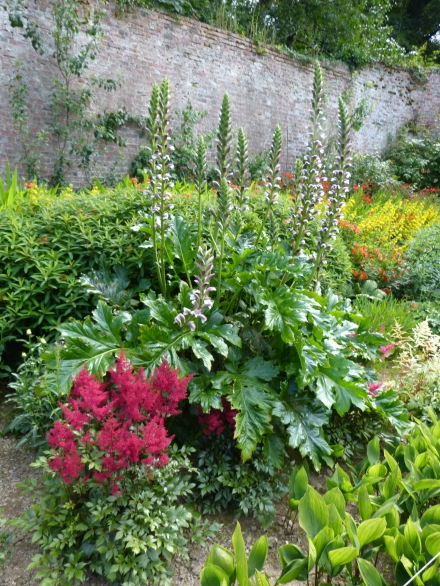 This spectacular acanthus plant was a new discovery for me.

The garden is divided by a brick wall. The back half is a kitchen garden, as it was in the 19th century. A tall man made of wicker stands guard at the entrance. An enormous variety of edibles is grown here, ranging from apples to artichokes. 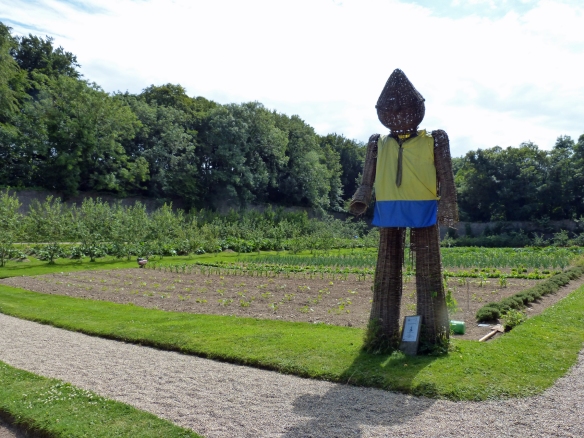 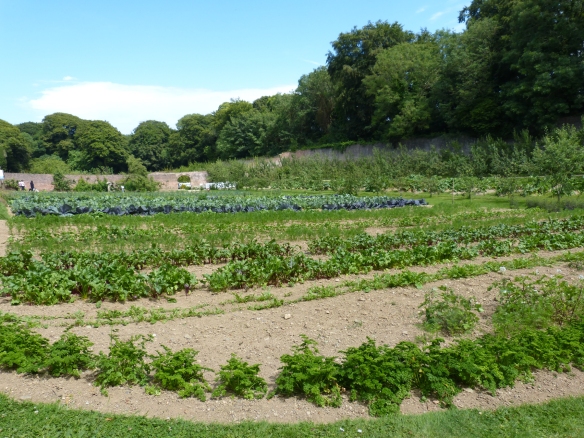 Everything flourishes in this garden.  Irish weather, famous for being damp and cool, irrigates the garden naturally.  Everything, including herbs, grows well here. 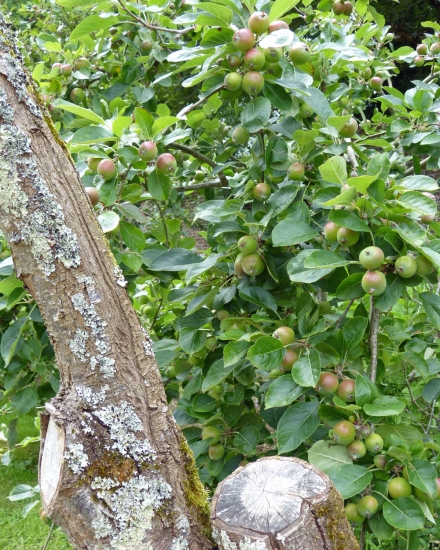 I try to return every week or two, watching the changes in Colclough Garden. It’s been a delightful learning experience. 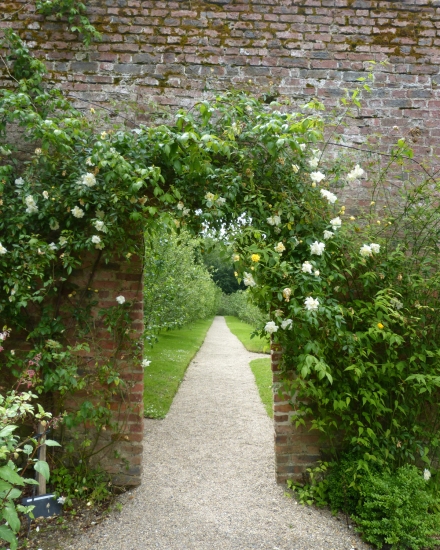