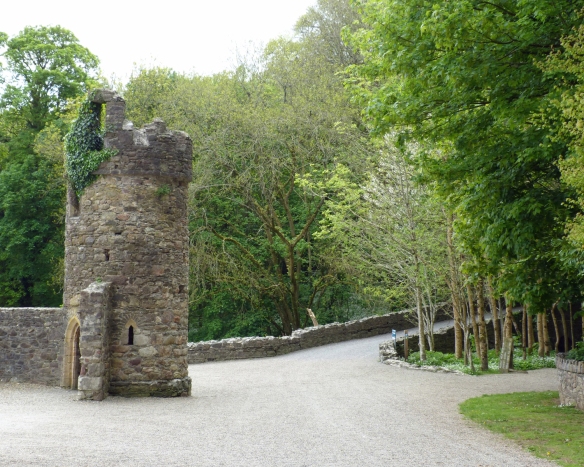 Acres of woods surround Tintern Abbey. In 2016 my friend Bee and I discovered a walking trail that is one section of a long-distance walk in County Wexford, Ireland. The walk begins at this old stone bridge protected by a tower. We were there in May, when it seemed everything was in bloom and when the brook was rushing by. A mild aroma of garlic filled the air because the land was covered in blooming wild garlic. We were even welcomed by a fairy! 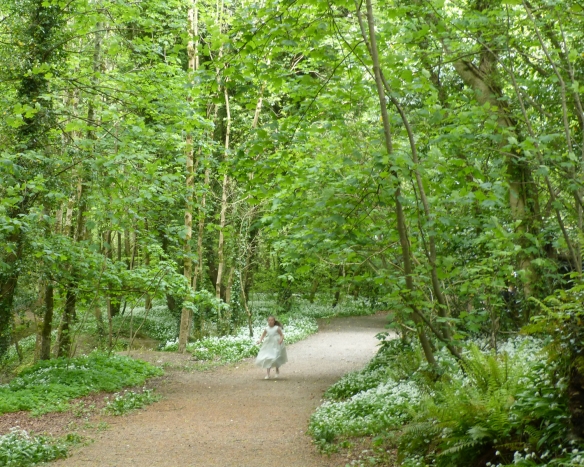 Our “fairy.” A young girl in white came running toward us just as we arrived. She was celebrating her first communion with her family by having a picnic in the woods. 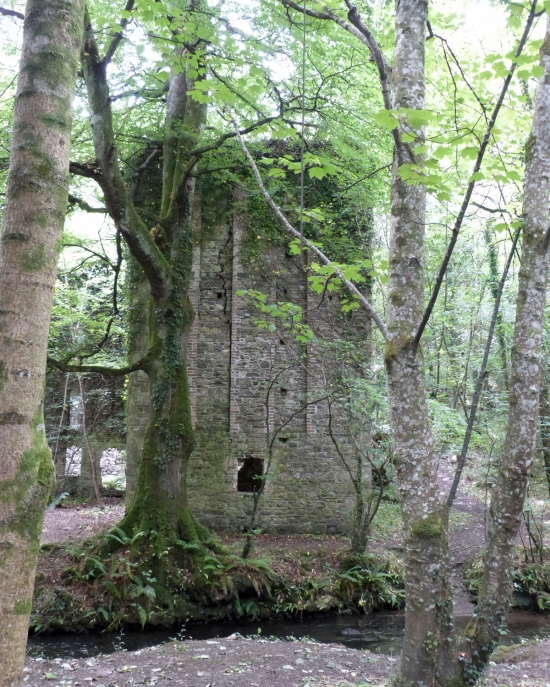 We found an ancient “castle” as these common old stone tower-houses are called. This one has been extended by several rooms on the ground but it’s all a ruin now. 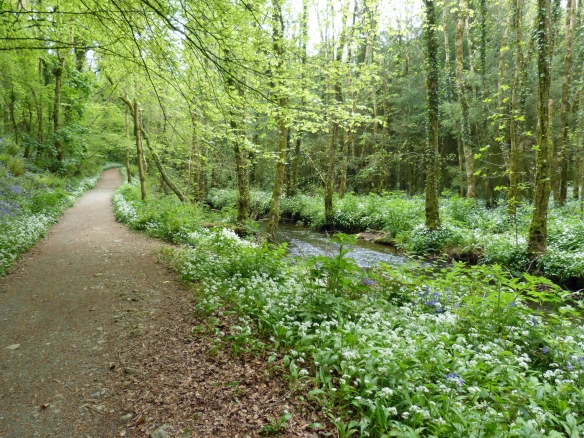 A fine path lined by blue and white flowers runs alongside a rushing stream. 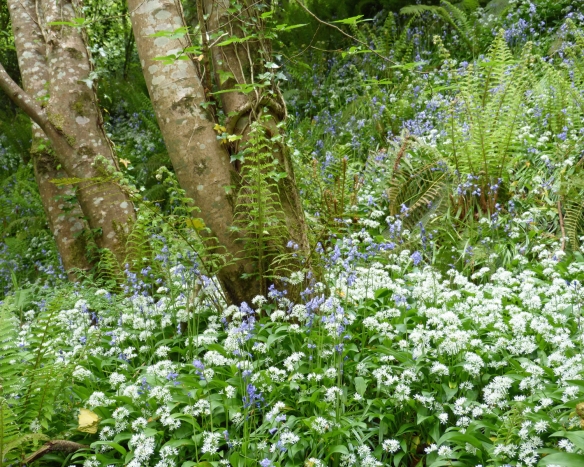 Blue English bluebells bloom abundantly all over Ireland in late spring, and in this woods they are surrounded by the white flowers of wild garlic. 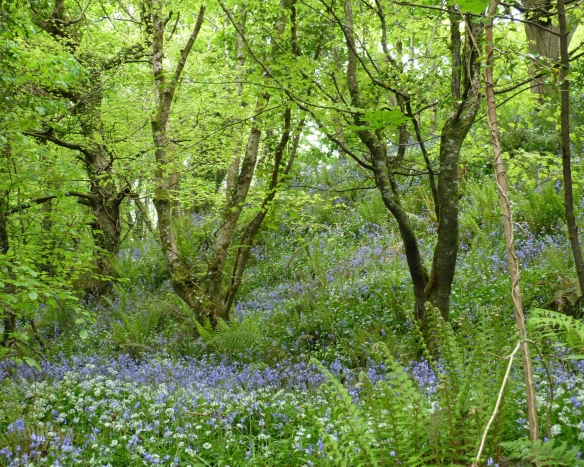 The woods are dense with the freshness of spring. 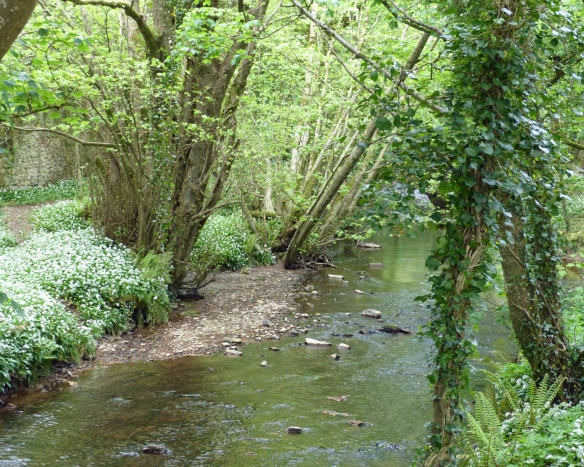 A walk here feeds all the senses: the newness of spring is a treat for the eyes, the aroma of the woods in spring for the nose, the sound of the stream rushing by, the touch of fresh green leaves and flowers, and the taste of a bit of wild garlic taken home for a salad.

This year I returned in early June to the place I love in County Wexford and to Tintern Abbey. I walked in the woods again and I discovered something entirely new to share with you.  That’s coming up in Part 3. I hope you’ll come back in a few days to see it.