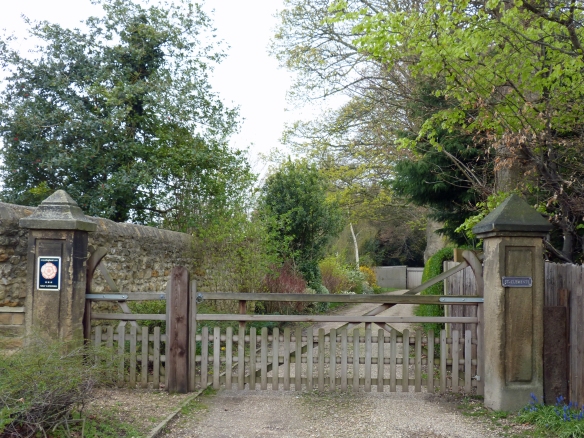 Here on the hill at the top of the town where I’ve been staying for a week most people and businesses are accommodated in old buildings, some of them very old indeed! 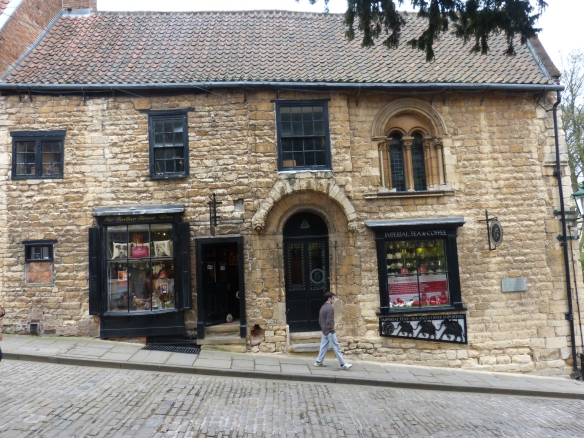 Located on Steep Hill, this house called the Norman House has been occupied since the year 1180. It is one of two houses of that age in Lincoln.

But I don’t want to give them impression that Lincoln is living in some past century. It’s a smart and progressive town that just happens to live where it’s been for 3000 years. 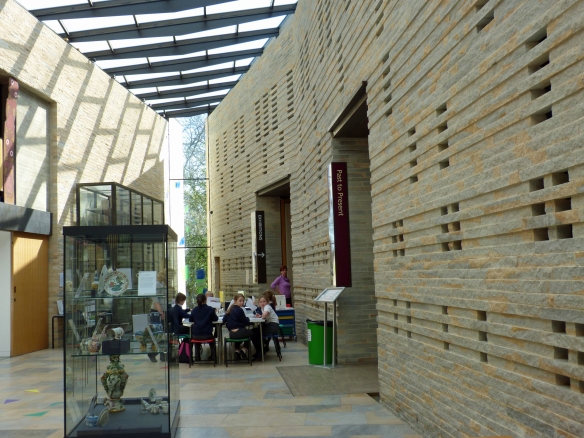 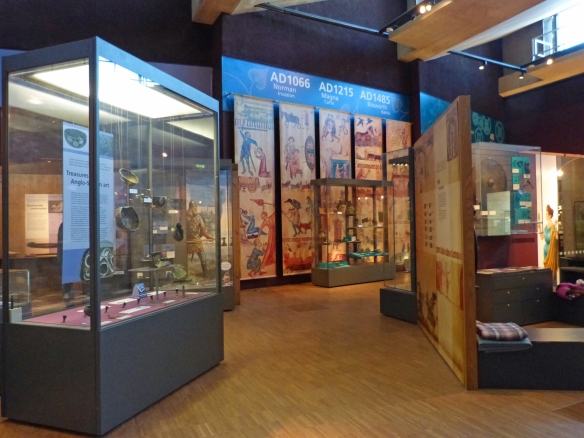 One of the most impressive new creations that I visited is an archaelogical museum called “The Collection.” What could be more appropriate to a town with so much history? The building is modern without seeming out of place. The displays and descriptions are very 21st century. The museum is great for school age children but adults will enjoy it just as much.   And here’s one example of the thought that went into this museum’s design: 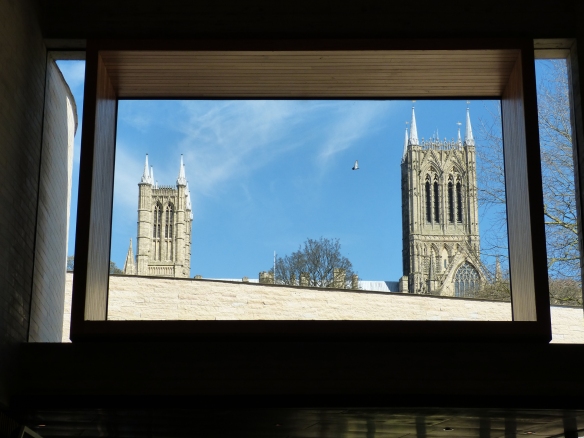 A perfectly planned window in the new archaeological museum in Lincoln.

Like most English cities and towns, Lincoln has a very active “High Street.” The the British term for the central city shopping area. And like most other towns, this one is largely housed in 19th century buildings. But that doesn’t mean it isn’t up to date! In addition to two or three major department stores, there are branches of many European retailers. 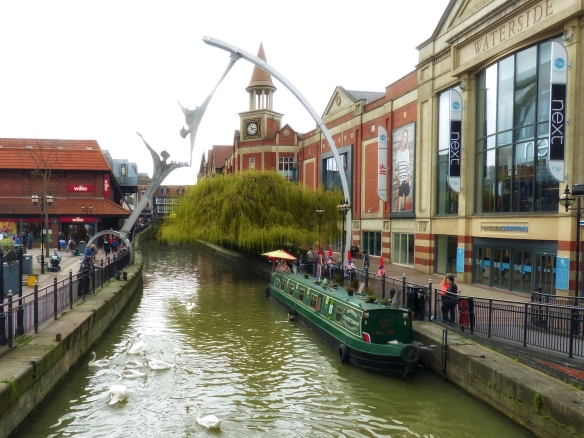 A canal runs through the “High Street” area and here we find some of the most modern ideas, artwork and buildings (such as new malls) mixed with old buildings such as the pub that claims to date to the 14th century. Lovely pedestrian bridges cross the canal. A large family of swans adds an elegant touch. An old canal boat serves as a café.

Lincoln has really become a popular tourist destination since I was here in 2002. The upper town around the cathedral (called Bailgate) has many attractive boutiques, restaurants, pubs and inns. I’ve shown you that area earlier this week.

I’ve been staying just a couple of blocks away in a wonderful Victorian house called St. Clement’s Old Rectory. This is my second stay here. Roy and Gill who own St. Clement’s are very welcoming and helpful. They have five self-catering apartments (vacation rentals) in this big house, each of them well furnished and with full kitchens. The location is very quiet. The photo at the top of this post shows the entrance to the driveway to St. Clements.

Tomorrow I move on to Ireland, returning to southeastern part of the country where my husband George and I stayed for four months in 2005. It’s going to be a long stay in one very comfortable place. And my friend Bee is coming to join me!

1 thought on “Lincoln: New and Old”