Join me for a walk through this small and ancient town (population under 5000, a town since 1189 AD but occupied even earlier). Several of the buildings have painted on them “Rebuilt in 1420” but I’ve found no occurrence at that time to explain those notices. Once a prosperous trading port, Rye’s fortunes changed when the river silted up. Today its economy is largely based on tourism — and I think the pictures that follow will tell you why. 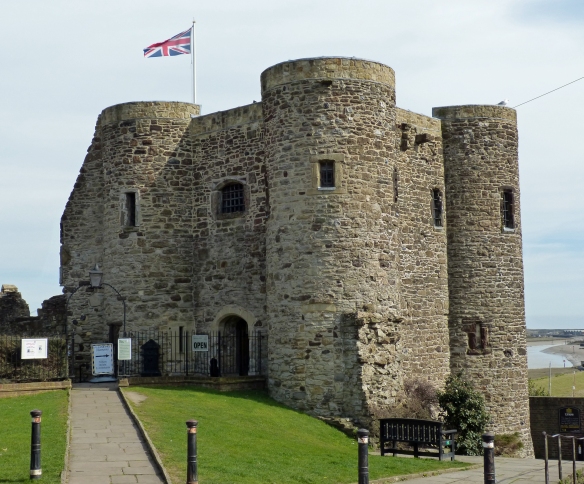 This tower was built in the year 1249 to guard the entrance to the town from the sea.

The three or four commercial streets in the town center offer shopping, hospitality and dining. 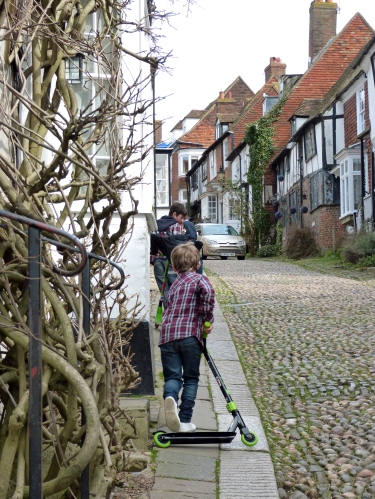 This steep, cobbled street is the site of the Mermaid Inn, one of the buildings dating to 1420. The cellars date from the mid-1100s.

The view at the top of this post is taken from the top of Mermaid Street, with the Mermaid Inn on the right. Here’s a close-up of the one very old house across from the inn.

See the white birds in the window of the Mermaid Inn? They are really pigeons but it’s said that they were brought here to be released after weddings, when it’s claimed that they are white love birds. 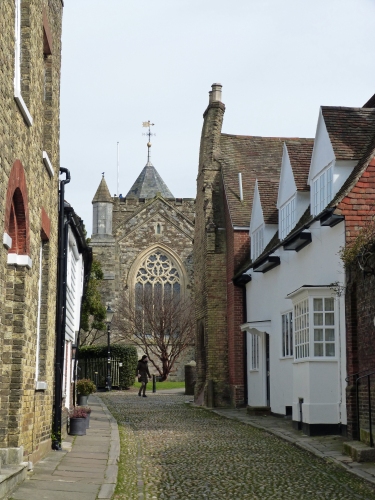 At the top of the street and around the corner a glimpse of St. Mary’s church appears.

The church is high on the hill. An old burial ground surrounds it.

This curvaceous old tree is surrounded by English bluebells.

This gate has been guarding the old town center since 1329. It is the only remaining gate of the four that were built as part of the wall that surrounded the town.

Are you getting tired from climbing these hills? Here’s a spot to sit a while.

Here’s a corner of the house and garden where Henry James lived. Called the Lamb House, it’s now owned by the National Trust and is open for tours.

There are numerous antique dealers in Rye. Not everything sold by them is ancient or fancy! 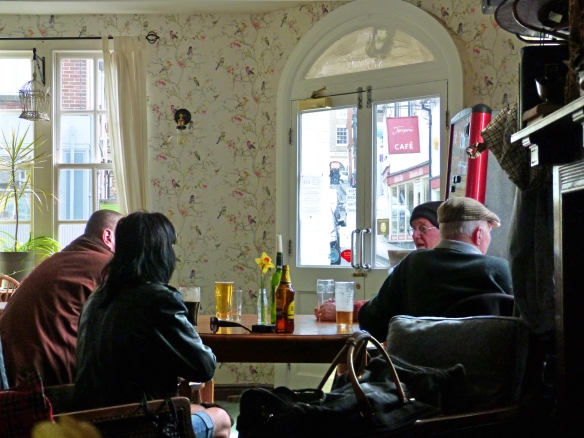 Ah! Here’s a good pub. Let’s end our walk here, near the train station, with a drink to restore us.

I rely on Wikipedia to know everything!  Here’s a link to that page for Rye.

And here’s a link to the Mermaid Inn, said to be haunted!