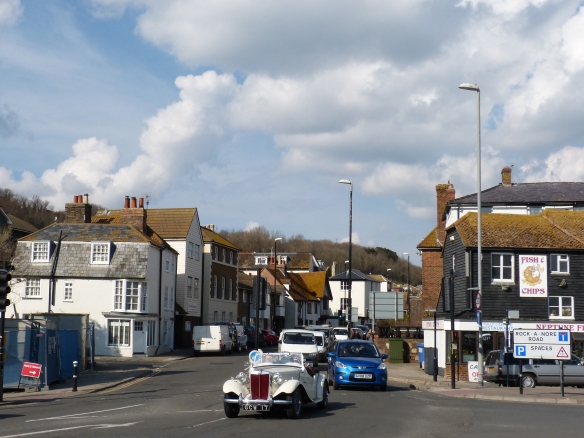 Probably no town in England other than London has a name as well-known as Hastings. Every school child learns that in the year 1066 the Norman (French) duke William (later known as William the Conqueror) defeated the King of England Harold and his men at the “Battle of Hastings.” (While it’s true that William and his men landed at Hastings, the battle was actually fought about six miles away, in a town now called “Battle.”) The story of the invasion and its cause is told in pictures in the famous Bayeux Tapestry, probably created at the behest of William’s brother Odo, the bishop of Bayeux, and embroidered by nuns. Today this 70 yard long early work of art is displayed and explained in Bayeux France. 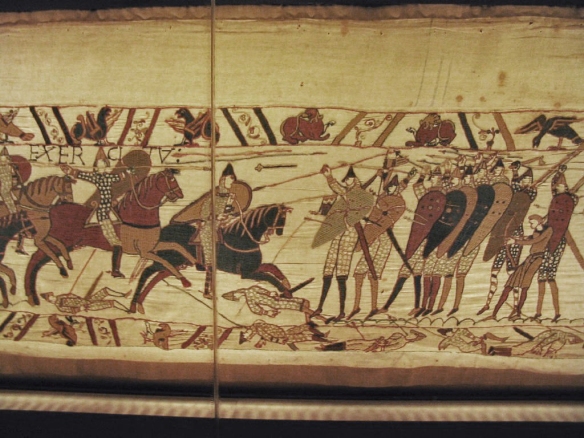 One small part of the Bayeux Tapestry. (By photo by Gabriel Seah – gssq.blogspot.com, Public Domain, https://commons.wikimedia.org/w/index.php?curid=1439381)

Hastings is indeed a very old town, squeezed between two gigantic hills at the edge of the English Channel. But it is known for more than the events of 1000 years ago. Perhaps you have seen the British TV series called “Foyle’s War.” If so, you know that Hastings was deeply involved in World War 2. (I’ll tell you about Foyle’s Hastings and its war experience tomorrow.) 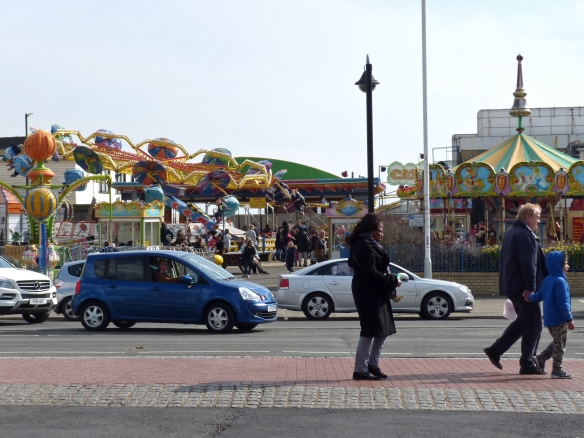 Today’s English families know Hastings for its beach and the amusements to be found along its shore. Hastings beach is what the British call a “shingle beach” – meaning that it’s lined with small stones, not sand. Nevertheless, it’s a popular place. This is a school vacation week in the UK and the town has been filled with young families and teens enjoying the museums, shops, rides and the enormous arcade of games – even slot machines – found at the beach. 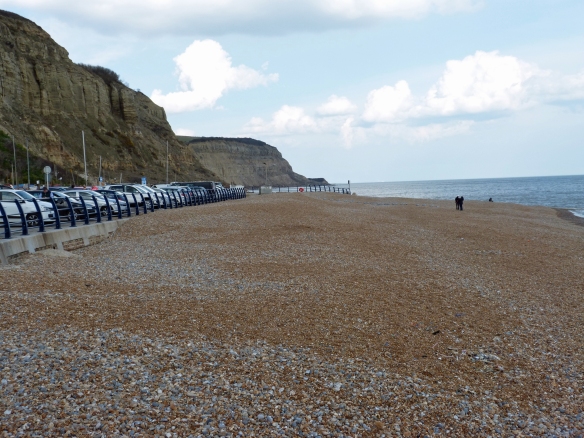 The shingle beach at the east end of the town.

Fishermen have been pushing their boats into the sea here for a thousand years – there is no harbor at Hastings. A fisherman’s museum and a shipwreck museum are among the attractions at the beach. The fishermen of hundreds of years ago devised unusual buildings to dry and repair their nets. They are narrow buildings, all colored by black tar, several stories tall. Some of these from the net huts from the 1700s have been preserved at the beach. 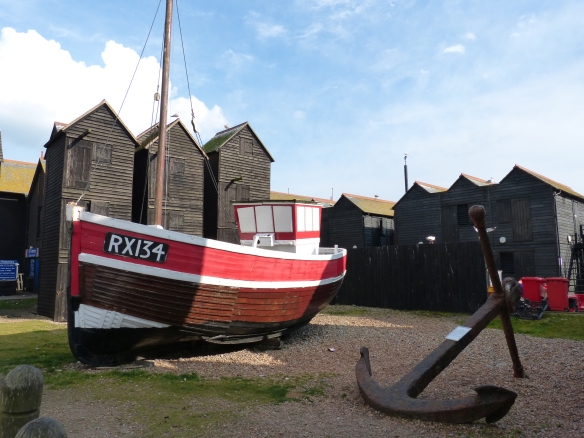 Old fishing boat and old net huts on the beach at Hastings.

A wide street lined with restaurants and hotels and a casino runs along the beach for several blocks. 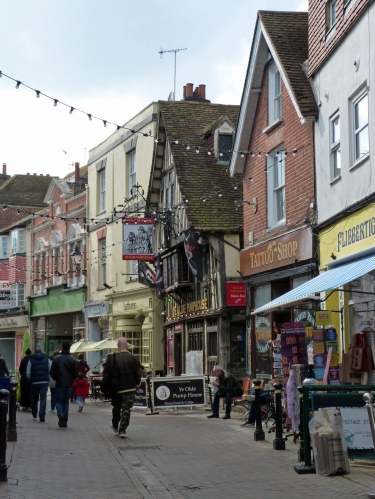 A view of George Street, lined with old buildings, just steps from the beach.

Just behind it on the eastern end is a very old street called George Street. Today it draws many tourists to boutiques and antique stores, bars and restaurants. Only a few blocks long, it ends at the entrance to one of two funiculars (hill-climbing vehicles on rails). This one is called the West Hill Lift. It runs underground to the top of the western cliff where the ruins of the medieval castle are found. The other, the East Hill Lift, ascends and descends a very steep slope from the eastern cliff to the beach. 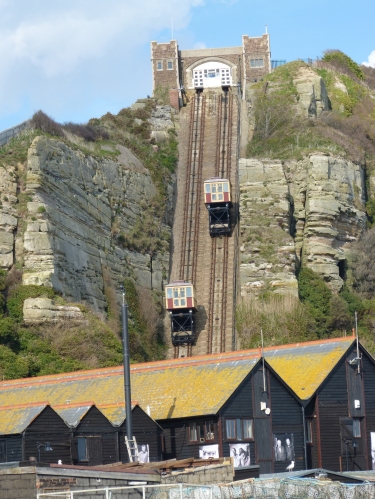 Hastings is a very hilly town. In the eastern side of the town only the Old Town lying between the two cliffs is reasonably flat. Victorian row houses line the hills on all sides, mixed with post-war homes and apartments. The city enjoys excellent bus service – indeed, I think all the UK probably has a very useful and much used bus network. I’m grateful that the buses climb the hills so I don’t have to! 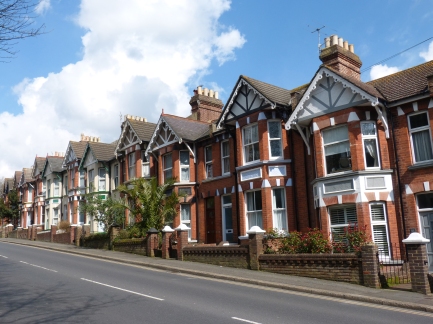 Here are a couple of other things I saw on my explorations in Hastings: 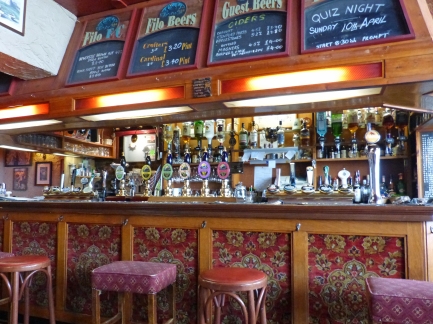 A pub called First In Last Out where I enjoyed a delicious lunch — a pastry tart filled with roasted vegetables and topped with warm goat cheese. Not typical pub food at all! 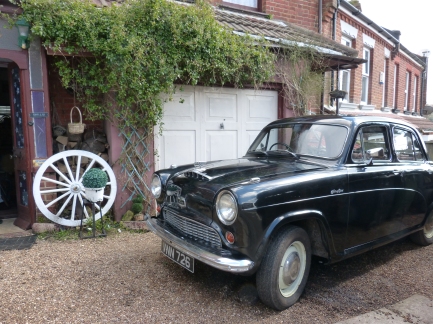 An old Austin “motor car” spotted in the neighborhood where I’m staying.

Come back tomorrow for a more historical view of Hastings.