I suppose because it’s Saturday I seemed to focus on shopping today – not my own but that of other people. I had learned of a big flee market that happens every Saturday in Alfama and I was curious about it. It’s huge! The market is held beside and behind the two enormous churches which you can see in the picture taken from a spot just above my apartment.

Here are a few of the pictures of the flea market.

The flea market is located at the base of this church which is Portugal’s Pantheon. 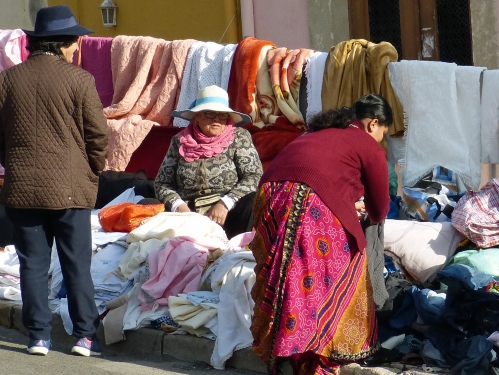 By the time I reached the back of the market I realized I was just a couple of blocks from the river – and flat land! So I walked around the bottom of the Alfama hill and to the center of Lisbon, a distance of perhaps a mile.

After the 1755 earthquake that flattened most of Lisbon the ruler of Portugal decided to build a modern city with straight, planned streets. Five parallel streets have formed the city center since that time. Upscale shopping in Lisbon is centered here. My day was split between bargain shoppers and fancy Lisbon shoppers.

Magnificent 18th century buildings and the arch that forms their center constructed after the earthquake continue to be the centerpiece of Lisbon to this day. Let me show you!

The magnificent arch and the buildings shown here comprise just one side of a huge square. Two other sides are lined in matching yellow buildings as are other buildings next to those in this picture that didn’t fit in my frame. 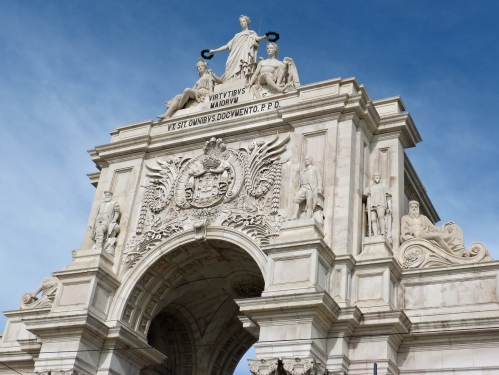 Here’s a closer view of the top of the arch, which took over 100 years to complete. 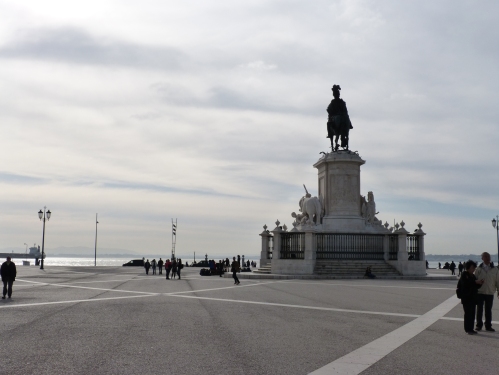 This is a view showing less than half of the enormous square that runs from the buildings shown above to the river. 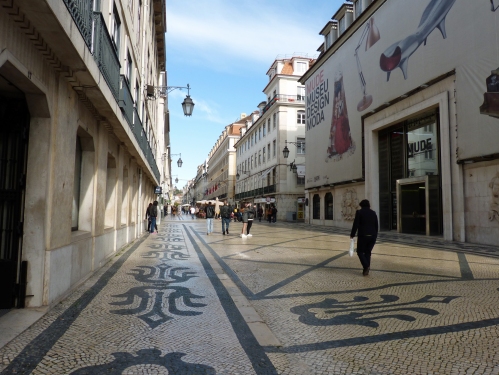 Here you see the center shopping street just inside the arch.  Note the marble street and sidewalks. Lisbon’s very interesting sidewalks are pieced together like mosaics from black and white stone.

In mid-afternoon I met my new Lisbon friend, Marta, and a friend of hers and they took me to the highest point in the town to see their favorite view of Lisbon before joining me in a glass of wine and a most interesting conversation.

It was another great day!